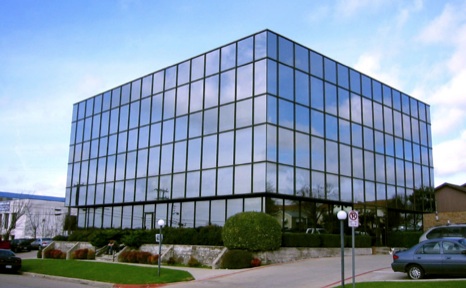 The Court of Appeal recently decided Strategic Finance Limited (in receivership and liquidation) v Bridgman & Sanson and CIR [2013] NZCA 357, 9 August 2013.  It defines the meaning of accounts receivable under Schedule 7 of the Companies Act (“CA 1993”).  It also has implications for the approval of corporate compromises under Part 14 of the CA 1993.

The Commissioner as a creditor

Under ss 6 and 6A of the Taxation Administration Act 1994 the Commissioner has a general obligation to collect tax debt from a taxpayer company (see generally, IS 10/07, Care and management of the taxes covered by the Inland Revenue Acts).  The Commissioner is a creditor who is involuntary (tax is an imposed obligation, see CIR v Atlas Food and Beverage Limited (2010) 24 NZTC 24,096, 24,103 at [24]): implacable (the Commissioner must collect tax); and unsecured (tax debt cannot be secured in advance).

Under cl 2(1)(h)(i)(A) of the Schedule, the Commissioner’s GST and PAYE claims have, by virtue of that statutory preference, effective priority in a limited asset pool of accounts receivable and inventory.  The priority is over any secured creditor’s security interest under the Personal Property Securities Act 1999.  However, the stautory preference does not confer an effective priority on the Commissioner ahead of any security interest under the PPSA held over those assets by (1) a trade creditor as a purchase money security interest (or PMSI) or (2) a financier under a debt factoring arrangement.

The statutory preference and the preferred asset pool

In respect of inventory (finished stock or raw materials) a PMSI may be over discounted assets if sold on a fire sale basis.

In respect of accounts receivable, is the term a narrow, “book debts” concept or does it go further and include “all money”, from whatever source and however held, owed to the company at the time of liquidation?

The issue in the Strategic Finance was whether the following four categories of funds were a company’s accounts receivable: refunds, solicitors’ trust account money, bonds and a GST refund. (There were no PMSI interests, see [4], [9] and [34], fn 39):

The Court held that:

The practical points from the case for the Commissioner’s preference are that while the company may have inventory of little or no value it will have accounts receivable rights over any money owed to it when it goes into liquidation, such as bank accounts ([102]).

Corporate compromises under Part 14 of the CA 1993 allow an insolvent taxpayer company to repay some of its debt on a final basis by agreement with the majority of its creditors.  (For background or more detail on the procedural and related aspects of what follows see Finnigan, “An alternative to bankruptcy – Part 5 proposals” NZLawyer, Issue 182, 20 April 2012;  Brennan, “Alternatives to liquidation and bankruptcy” ADLS Seminar Paper, September 2011 available on the Blackwells website, www.blackwells-law.co.nz, under Resources; and the detailed material of Robert Walker, “Part XIV of the Companies Act:  Compromise Theory and Practice”. Robert Walker’s website technical_material).

The board of directors, or the liquidator, receiver or a creditor of the company can initiate the compromise and in doing so encourage the Commissioner to do a deal with the taxpayer inside or outside the compromise.  If so, some tax debt is collected by the Commissioner and the company lives to fight another day as a compliant taxpayer.  (For a critical view of the Commissioner’s ability to do a deal and the balance between individual taxpayer rights and wider taxpayer consistency principles see Denham Martin, “Honest taxpayer need advocates and real rights” NZLawyer, 12 July 2013, Issue 212).

If a class is identified, the compromise is conditional upon both the majority in number and a supermajority of 75% in value of all creditors in that class (s 230 and Schedule 5, cl 2 CA 1993).

The class identification test is whether there is a community of interest compelling the separation of creditors so that they are fairly reflected in the votes on the compromise.  (For more detail see Heath & Whale on Insolvency Law (LexisNexis on line), Chapter 15, part 14 and Whale, Josling, “An Analysis of the Rights Test in Determining Classes of Creditors” (2010) 18 Insolvency LJ 110.  For a convenient discussion see Wilder Transport Limited v CIR (1999) 19 NZTC 15,120 (HC) at 151,124-151,126).

In CIR v Atlas Food and Beverage Limited (2010) 24 NZTC 24,096 (HC) those designing the compromise placed the Commissioner in the secured creditor class on the basis that the preference over accounts receivable and inventory meant that she was effectively a secured creditor.  In dealing with the contrary argument the Court said at 24,104:

[30] I find it difficult to assess the value of prior position in relation to the receivables and inventories of those companies [the companies subject to the proposals].  Atlas, as the holding company, was unlikely to have significant stock or receivables, and I would expect the three bar/restaurant companies to operate on a cash basis.  The stock, liquor in particular, would ordinarily be subject to tight ownership provisions in favour of the supplier.  This indicates that the Commissioner’s prior claim was of limited significance or value.  This in turn suggests that he lacked any community of interest sufficient to be grouped with secured creditors.  If placed alone in a preferential class the Commissioner would have recorded a no vote.  I am least tentatively of the view that the submission for the Commissioner is right-but as will become apparent there was material irregularity in other respects in any event.  [Emphasis added]

This suggests that the accounts receivable and inventory were not a real security.  If so, there should be no separate class for the Commissioner.  If “inventory” is illusory and “accounts receivable” is defined restrictively, then that argument gains strength.

The importance of Strategic Finance

But the wide interpretation of accounts receivable by the Court of Appeal in Strategic Finance summarised above weakens that argument.

As a result of the decision, “accounts receivable” is now a greatly expanded asset pool.  The Commissioner’s interests diverge from those of both unsecured creditors (who lack any preference or security) and secured creditors, other than PMSI holders and debt factoring financiers, (who effectively rank behind the Commissioner).  Therefore, as a result of the Strategic Finance decision, there is a greater economic justification for distinguishing the Commissioner from both unsecured and secured creditors and identifying her as a member of a separate class with potential veto rights over corporate compromises.

The preceding comments are all based on the existence of the Commissioner’s preference for tax debt.  If it did not exist the class problem would go away.  However, that’s a question for another day (see the Law Commission’s recommendations on the abolition of the preference in Study Paper 2, Priority Debts in the Distribution of Insolvent Estates, October 1999).

My thanks to Rob Brennan, Consultant, Blackwells for helpful comments on this article.  Errors and omissions are my own.